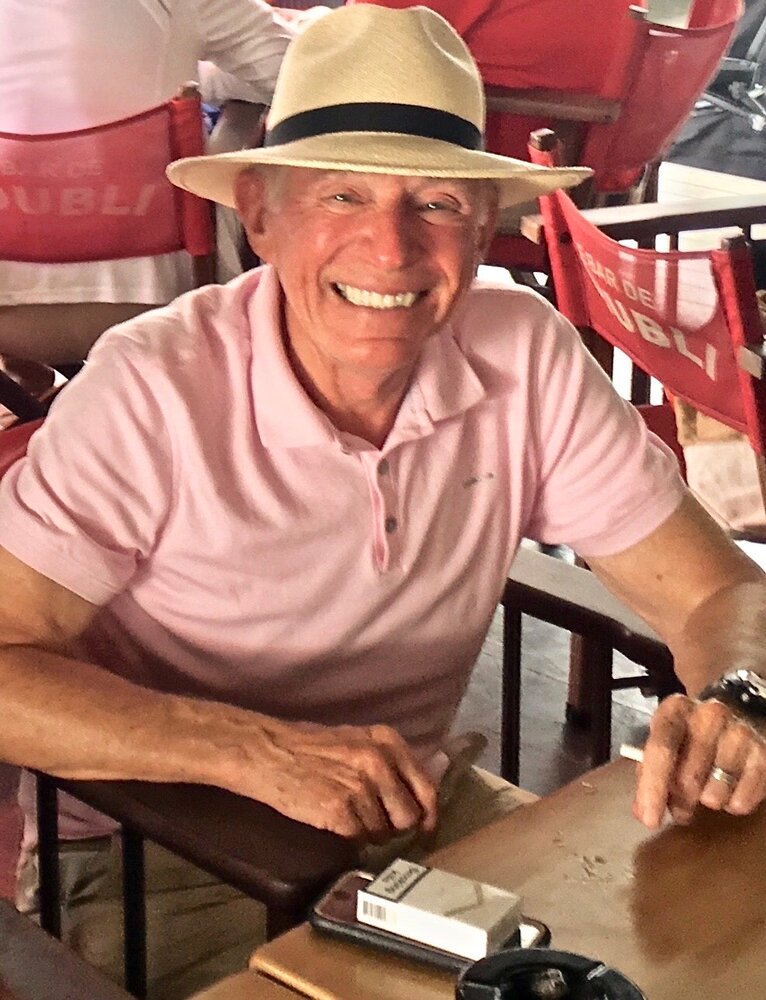 Roclyne E Laporte (Roc) of Media, Pa left this world for his next adventure on January 3, 2023. Roc passed at his winter home in Sarasota, FL after a very brief illness. Born in 1939 in Troy NH (pop 1,321), Roc went on to create a classic “Life Well Lived”. Roc put himself through the University of Chicago gaining both a Law Degree and MBA. He specialized as corporate attorney for large firms such as Sears and Roebucks, The Franklin Mint and AAA. His last (and favorite) position was GM of Quantum Television in Puerto Rico.

Roc was a world traveler who loved experiencing other cultures, always returning home with local art, great stories and new friendships. He actually checked off all of his bucket locations except one - Russia.

He was unfailingly generous with his knowledge and passionate about helping others reach their financial and career goals. “Thank God for Rocky’s help” is a familiar phrase used by many of those he mentored and helped prepare to fund their college, homes or retirement.

Roc was a wonderful father to his son Damon and a strong set of shoulders for all his extended family. Everyone loved Roc. Roc and Dolores lived an unusual lifestyle together for 43 years, each with jobs demanding heavy travel. Whenever possible they tagged along on each others trips. One particularly crazy year had them both departing the Phila Airport every Sunday night. Roc headed to Puerto Rico, Dolores to Phoenix. They reunited at the Airport on Friday nights to head home for the weekend. They built a house in Media 33 years ago which always remained their real Home. They totally enjoyed their unorthodox life and had an absolute blast together.

Funeral Service: Friday, January 20th at 11:00AM at the Minshall Shropshire-Bleyler Funeral Home.

Share Your Memory of
Roclyne
Upload Your Memory View All Memories
Be the first to upload a memory!
Share A Memory