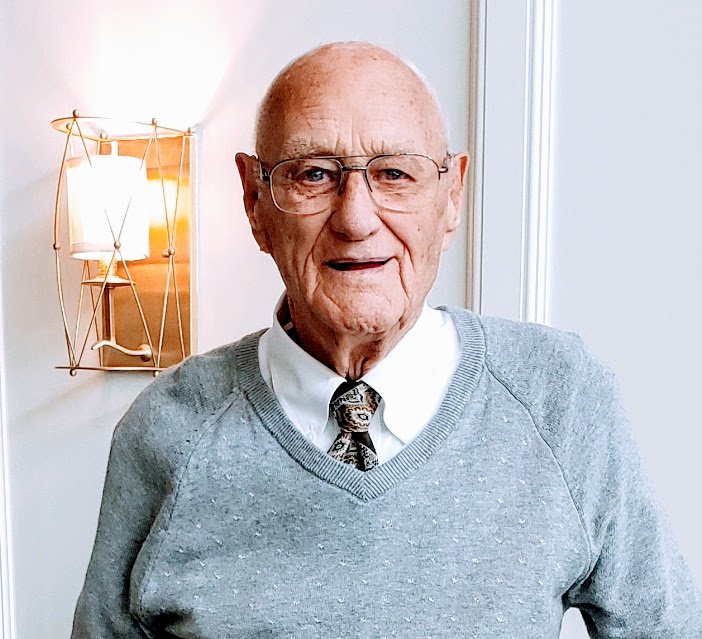 David S. Wiggins, age 96, a resident of Arbor Terrace in Willistown, formerly of Lewes, Delaware and Woodlyn, Pennsylvania, passed on peacefully from this life on Tuesday, June 8, 2021. Mr. Wiggins was born on October 10, 1924 in Darby, Pennsylvania to Reverend William T. Wiggins and his wife Catherine. He was the youngest of nine children, five boys and four girls. He attended school in Darby and graduated from Darby High School in 1942.  He was employed at General Steel during the war, and later found employment at the Sinclair (later BP) refinery in Marcus Hook.  He worked at the refinery for 38 years advancing from a laborer to his final position of maintenance supervisor.

David loved all sports and excelled in most that he attempted. In his early years, David had an amateur boxing career where he entered numerous boxing tournaments. In 1942 he was the 120 pound champion of the tournament in Chester, winning four bouts in a row.

He played in the Delaware County Fastpitch softball league for many years on the Derwood Park and Catania teams and was named to the league All-Star team numerous times.  In his later years, he enjoyed golfing near his home in Lewes, Delaware, and over the years he scored more than 10 holes in one.

David was married to his loving wife Winifred (Neville) for 64 years before she passed on in 2009.  David and Winifred were longtime members of Woodlyn Baptist Church, where he served as a deacon for several years.  They retired to Lewes, Delaware in 1984 and were faithful members of the first Baptist Church of Lewes.  In retirement, David thoroughly enjoyed gardening, fishing and crabbing, and days at the beach, where he enjoyed playing wiffleball well into his 80s.  He and Winifred also enjoyed many travels throughout the United States with their RV camper during their retirement years.

David is survived by three children:  David Jr., Gail Burgess (Roland), and Carol Apanowicz (Mark).  David and Winifred were blessed with 7 grandchildren and 13 great grandchildren, whom they loved dearly.

Share Your Memory of
David
Upload Your Memory View All Memories
Be the first to upload a memory!